Oh my, it’s been a busy and FUN couple of weeks and here I am finally catching up with it all. Lordy.

In the midst of one of the wettest (if not THE wettest) Aprils in Washington history, it was good to have distractions from the gloom. Helen came to visit last week and spent two nights, and we had a ball digging into her ancestry and DNA. She brought along her brand new laptop and we did some sleuthing, finding new ancestors, and I showed her some of the ins and outs of navigating Ancestry.com. It’s such a fascinating thing, discovering your ancestors, and fitting them all together. I’m a little jaded about my own experience with it, because I have a lot of brick walls, and I want so badly to find narratives or some sort of written descriptions of How Life Was. I know in general, but some personal tidbits would sure be wonderful. But, they were mostly illiterate peasants, so not much hope there. Helen and I had a lot of fun digging, unearthing, and building her tree. So far, no skeletons, but who knows? Heh.

We also ate well, stayed up late yapping our lips off, and imbibed in some adult beverages. Comfortable, enjoyable, always insightful, and also lots of kitty cuddling.

I NEED to get better about taking pictures. Volume. At least with volume you have a better chance of capturing some decent photos! I tend to get too immersed in what’s happening all around me, that I don’t even think to take pictures.

Even with staying two nights, the time goes so damned fast! Poof, she was gone!

Then, it was time to start getting ready for our trip to San Diego. Pedicure, laundry, packing, taking Bailey to John’s folks, setting out lots of cat food and fresh water (even though I noticed the toilet water level was way down when we got home, and that would be Wylie, the low-class little vixen). And finally we were on our way! Oh, the multitudes of little annoyances in traveling that add up to crabbiness! Gah! I don’t know how world travelers do it. It just seems that everything about it is a hassle and a frustration. And I’m tired of substandard hotels with trickling water pressure, stingy amenities, and everything on their TV channel listings EXCEPT MSNBC. (They all have Faux News, of course).

But anyway. Annoyances, not disasters, because the time spent with Nate and Sandra and Quinn was wonderful. I loved watching Quinn interact with the turtles at the nature preserve [“Oh WOW!”] and seeing him run-run-run in their backyard chasing bubbles while Nate barbequed, or how he had a “conversation” with a little girl complete with voice inflection and gestures and he pointed to a water feature and man-splained, “Boat.” He just turned 19 months old, and it was clear at times that he is knocking on the door of Two. Opinions, demand for independence, even a couple of meltdowns. But mostly sunny and funny, and such a joy. He’s a busy little guy, always on the move, and his attention span is that of a gnat (as my mother would say), flitting from one thing to the next. He sat on my lap briefly as I read him a book, but we made it only through two pages before he was off and running. It took him a little time to warm up to me (although he took pretty readily to John). So much energy! And definitely lots of “FOMO” — Fear Of Missing Out. He did not want to nap, he did not want sleepiness to distract him.

We went to Julian—a cool little former mining town, now a quaint shopping/eating village in the mountains—and I wondered how he would contain his energy in a stroller, but he did just fine! And when he wasn’t in his stroller, like when we stopped at this wine shop and we all had a glass of their wonderful sangria outside in the open porch (something we’ve done before when we were there—the last time was when Sandra was pregnant so she couldn’t have any!), he was also good. He was also intrigued at the Benihana-like restaurant we went to on our last night when the chef lit the onion volcano on fire in front of us. [“Oh WOW!”] There were times (and I remember this from previous visits) when the iPhone needed to be hauled out and propped up for him to watch his little musical/educational videos and entrance him. It’s a little spooky just how entranced.

Soon after we arrived, and when they all came to our hotel room, they announced the Best News Ever. Nate’s new Navy orders will send them both to Everett Naval Base! Not Japan, not Norfolk, VA!

He’ll be assigned to the USS Gridley (DDG-101), which will eventually deploy from there. For married couples who are both in the Navy, they make a point to send them together, and Sandra’s new orders are also in the works. She is a Corpsman (medical field), and will likely be assigned to the base clinic. They estimate that they’ll move up here December-ish, with a trip up beforehand to nail down housing and child care. Nate still has a couple of classes to complete (he just graduated from one this past week). So, this is a 99% certainty, although he doesn’t have his written orders in hand yet. I’m looking forward to when he does! And then…oh it’ll be so wonderful to deal with ferries instead of planes! See them regularly! And they’ll be really close to my brother and our aunt/uncle on Camano Island, so Quinn will have Camano in his blood like the rest of us! Teach him to find agates, catch crab…oh, halleluiah!

These (below) were at Easter Brunch at a golf course, which was followed by an Easter egg hunt.

And, just like that, after solid high-fives and fist bumps with Quinn, it’s over and we’re back home with doggie and kitties. (The cats actually seemed to miss us!) When we left for San Diego, I feared our trip home would be extremely melancholy not knowing when we’d be seeing them again. But my heart is incredibly light, knowing they will be moving here in the not-too-distant future! And, we’ll probably head down again in September for Quinn’s 2nd birthday. That’s the plan!

This is only a preview. Your comment has not yet been posted.

The letters and numbers you entered did not match the image. Please try again.

As a final step before posting your comment, enter the letters and numbers you see in the image below. This prevents automated programs from posting comments.

Having trouble reading this image? View an alternate.

(Name and email address are required. Email address will not be displayed with the comment.) 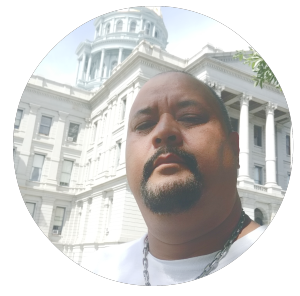 Owner | Master Painter | Veteran
Email me for a free estimate 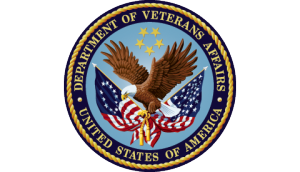